The mix of restaurants, bars locals and ex pats is wide and varied given Tofo is such a small place. One of the real attractions here is the ability to walk to places of need and interest. The village center is the central spoke where fresh produce and libations in plentiful supply can be purchased.

I’ve been fortunate to travel Africa from Kenya to the east and north down through South Africa and back up to Namibia on the west coast. Must admit that these Mozambican locals are as friendly a people as I have come across. The villagers selling all the local wares are a passive group of sales people. Some of the local craft markets throughout Africa can get a little hectic but not here. There is a commonality here in Tofo amongst the blacks and whites that is palpable. The blacks’ local economy has benefitted from the flow of tourism but the character of the place has not been lost on a mass of foreign beach lovers in enough numbers to change the feel of the place. Certainly one of my more favorite places has now been discovered here in Tofo. 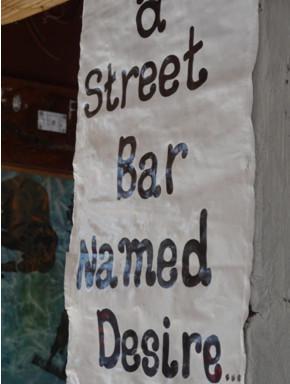 Last night’s social activity added some credence to this summary above. John, a born and bred Mozambican of Portuguese descent, owns a local tavern here. Had not made it up his way but heard Mike speak about him. We took a look see up that way for supper taking a leisurely walk along the way past the produce stands, past the small eatery that has served me a king mackerel steak, rice and salad for $5 the last few days, past the local French restaurant and past Tofo Tofo, the eatery started by Ness, one of 2 Serbians in town.

John named his place A Street Bar Named Desire. That moniker alone deserves a blog entry. John looks a bit like the lost member of ZZ Top – thin, t shirt laden and a Marlboro Red in a state of permanent protrusion from his lips.

Africa can be a harsh place to live for blacks and whites alike. What Westerners take for granted can be absent or sometimes taken away very quickly. This environment creates a certain resilience from rich to poor. There is far less likelihood that the inhabitants of this continent will work for a company. The middle class is not well represented except perhaps in South Africa, thus creating the necessity to be entrepreneurial. Be it the beggar on the street or the wealthy business owner most all people in Africa must make it on their own. 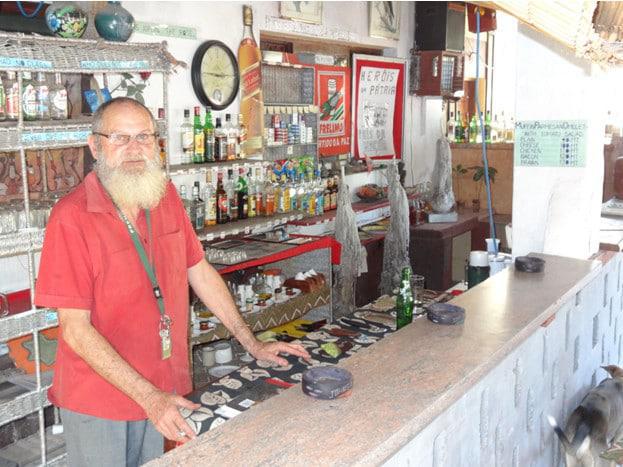 John is but another example of that ability to make things happen and keep pushing forward in the face of adversity. Born in Maputo (or Lourenco Marques during the Portuguese rule and prior to the civil war that lasted from 1975 – 1990), John has spent his entire life in Mozambique barring 4 years in the service in Rhodesia in the early 70’s. Like many Africans of Europeans descent here in Africa and in the United States his ancestry is a bit of a mixed bag. Sired from a father who was an Austrian and Spanish mix and from a mother of Irish genes, he spoke both Spanish and English at home. He was taught and grew up outside the home in Portuguese and learned to speak Shona, a local black language, with his family’s housekeeper. He then went to continue his schooling in South Africa and learned to speak Afrikaans. The first 20 or so years of his life were plenty varied by US standards.

Following his graduation from university he went into the military and spent four years fighting the communist rebels in Rhodesia before his war was lost and Robert Mugabe was ushered in to power forming the country of Zimbabwe. Those border wars were not fought by some men in the ranks biding their time well behind enemy lines. Most all men of age like John swapped time at the border and time then in the rear aside from the special forces who were sitting in harm’s way most all the time.

A few years prior to the fall of Rhodesia John headed back across the border into what became a 15 year civil war in Mozambique. John stayed on in the capital raising 2 sons. After splitting from his wife and seeing his sons come of age to head out on their own into South Africa, John entered into a business partnership with an American pilot. They purchased a cargo airplane, the largest in all of Africa, and began flying product as a subcontractor for the national airlines of Mozambique, LAM. A couple years into the operation and John tells me he was clearing $40,000 a month each for him and his partner. That is big money for US standards today, let alone for the much cheaper cost of living in Africa, especially over 20 years ago. 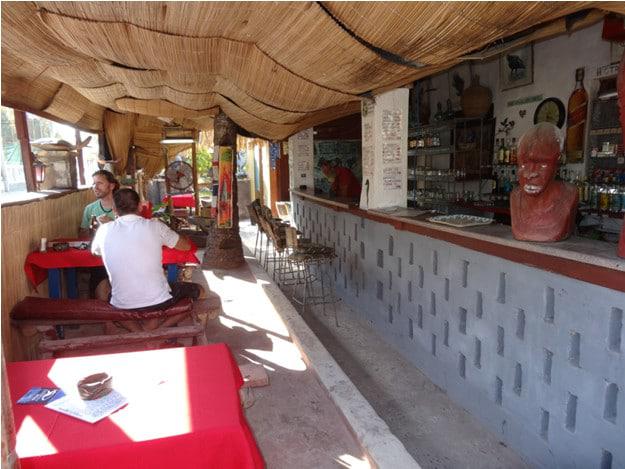 Like most all of us, he spent it as fast as he made it. Having a girlfriend half his age whom he flew regularly to Europe helped keep expenses high. With only 6 months left to go to have the airplane lease paid off, LAM cancelled their contract. At stake was owning free and clear or handing back to the creditors an airplane worth $3 million. Despite his best efforts to persuade his customer to continue shipping via his company but at a reduced price of simply the cost to John and his partner, the business could not be salvaged. Away went the tremendous profits and away went the $3 million asset so close within his grasp. What looked like a sure thing turned into nothing. Hard to believe John could have spent $40,000 a month in this part of the world but he did so there was no savings either.

Almost half a million $US in annual income gone after a few years and no asset left to liquidate. Not one to let things lie, John worked again in Angola during the Cold War, on behalf of the US. A few years thereafter, personal tragedy struck twice when both his sons, in separate traffic accidents a year apart from one another, were killed.

John trekked it on up to Tofo and opened this little bar. The music is something any fan of rock and roll would thrive upon – The Stones, The Who, The Beatles, CCR, Hendrix, Derek and the Dominoes, Elvis and a good mix of 60’s R & B.

A Street Bar Named Desire – the real life story is even better than the fiction that bore the name. 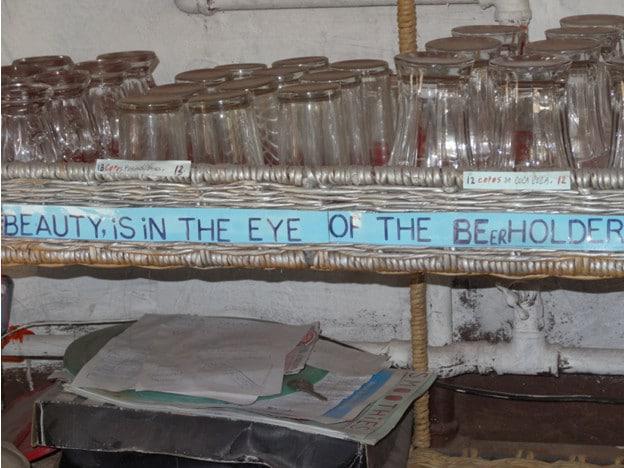 Good time for a bit of long term and short term…

One of the big attractions of South Africa during the months…

Craig, Peter and I were looking forward to the trip over…