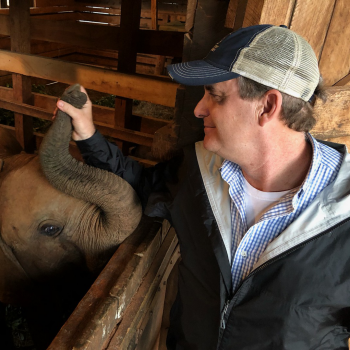 Based at Africas busiest airport, City Lodge Hotel at OR Tambo Airport will provide business and leisure travellers with home away from home accommodation that is ideal for those commuting to and from Johannesburg and perfect for those who require immediate access to the airport.

Imbabala Zambezi Safari Lodge is situated on a riverine fringe of the mighty Zambezi River where Zimbabwe, Botswana, Zambia and Namibia converge. Imbabala offers the chance to unwind but also some of the most amazing game viewing and bird watching in the region, in the seclusion of a private National Parks concession. The 5,000 acre concession has 14 kilometers of private Zambezi river frontage and borders the Chobe Forest Reserve, which is renowned for its massive Elephant population.
Imbabala Zambezi Safari Lodge offers exclusive accommodation for only 20 guests in 9 individual thatch lodges with en-suite facilities. Experienced guides are on hand for all activities. Exploring the Zambezi River by boat affords guests an exclusive river experience. Game drives in the private concession area are popular and often provide fantastic game sightings including lion, painted dog, elephant, giraffe and kudu. The area has approximately 420 bird species sighted making it an exciting venue for birders.
Imbabala is located 80 kilometers west of Victoria Falls, access is by transfer from Victoria Falls, Livingstone or Kasane.

Great neat and comfortable lodge in Victoria Falls Town at the most affordable price. All rooms are en-suite with fans, built in cupboards. Its a great lodge for family and friends to enjoy their stay in Vic Falls.

The group will be met at the airport by a member of the Southern Sky Adventures team. The group leaders can visit the ATMs, add SIM cards to their phones, pick up additional supplies and scout out a restaurant to visit with the group for dinner.

The group will then be escorted to the night’s accommodation, the City Lodge Hotel.

Following breakfast the group will make its way back over to the airport to take a flight up to Victoria Falls Airport in Zimbabwe.

The transfer will pick us up and transport us to the Imbabala Zambezi Safari Lodge. 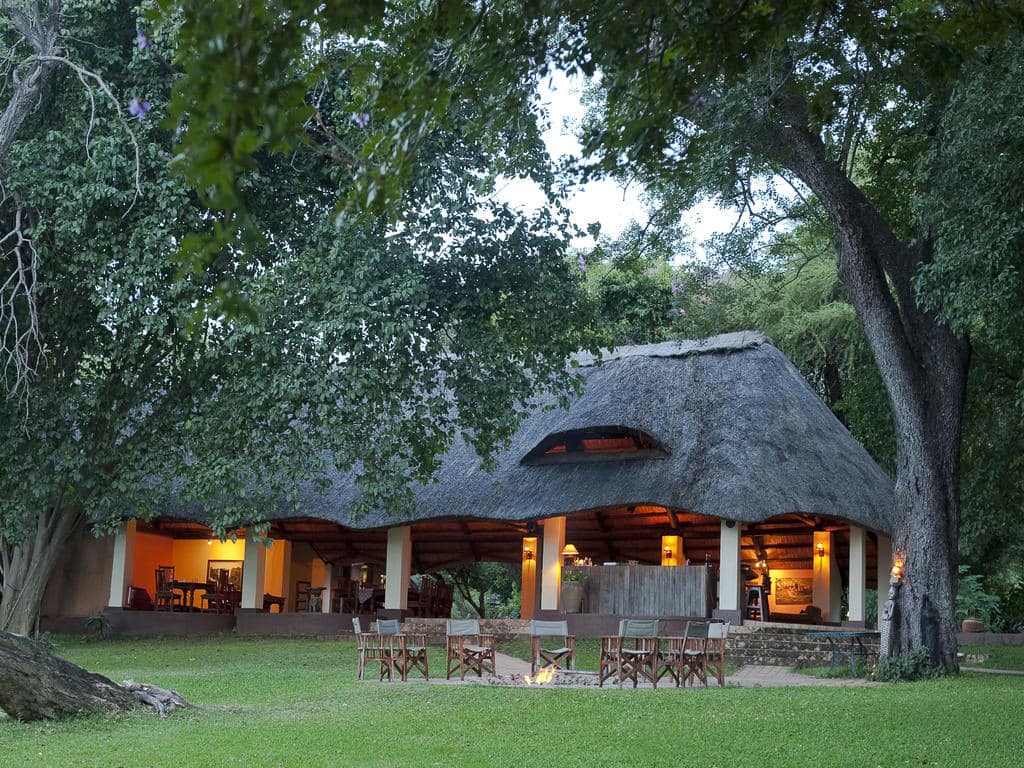 Experienced guides are on hand for all activities which center around tracking game on morning, afternoon and night game drives in open 4×4 safari vehicles. Exploring the Zambezi River by boat affords guests an exclusive river experience. Bird-watching is exceptional, as bird life is prolific and varied, ranging from water birds to shy forest dwellers.

Walking Safaris and fishing excursions for the renowned Tiger Fish, are available by prior arrangement.

All guests at Imbabala can go on either morning or afternoon Zambezi River Safaris on the pontoon boat. Often being treated to the sight of wildlife at the water’s edge and water loving bird life, this is a popular activity and also often provides incredible African Zambezi sunset photo opportunities.

Up to 12 guests can enjoy the River Safari on the lodges pontoon boat which is equipped with 2 x 25HP motor(s). Drinks and snacks are provided and your guide reveals some of the Zambezi’s natural beauty as you cruise the river, often seeing some of the smaller inhabitants. Elephant often swim from the mainland onto the many islands to feed there and are seen crossing or feeding on the islands. Hippo are also common here and are usually seen while on the water.

Imbabala offers guests the chance to experience a walking safari. Your professional guide will show you some of the large and small wildlife of our private concession area, highlighting species that might get missed if on a drive. The chance to get up close and personal with the larger species is also very exciting and who can ever forget their first elephant encounter while walking.

The walks at Imbabala usually last for 3 hours and guests will normally walk for about 5km during that time. The fully qualified professional guides are armed and experienced with the animals that occur on the concession. During the walk guests should make sure they have adequate protection from the harsh sun and that they carry enough water or liquid for rehydration.

I mbabala is situated on the famous Zambezi River only 70 kilometres upriver from the Victoria Falls on the Kazungula flood plains at the confluence of the Chobe and Zambezi rivers. Imbabala is the only fishing and photographic lodge on this 14km section of the Zambezi river and has near exclusivity of the Zambezi between the Katombora rapids and the Botswana/Namibian borders.

Imbabala has for many years produced excellent angling for the legendary tigerfish, which is rated as one of the best fighting fresh water fish in the world, a reputation it fully deserves. One of the attractions lies in the fact that only around 30 % of those hooked are ever landed. The majority of tigers caught range between 2 – 6 lb. but fish of double-figures are not uncommon in these waters and each season specimens of between 10 and 18 lb. are landed. Most anglers visiting Imbabala focus their attention on the tigerfish, however it is not uncommon to catch some of the other species present which may include:

An attraction to fishing at Imbabala is the variety of water conditions available at the various times of the year including the reed banks lining the deep meandering channels and islands, the shallower channels adjacent to the Kazungula floodplains and the faster flowing water of the Katombora rapids, where a number of the predatory bream species can be caught. All fishing is done by speed boat with a maximum of three fisherman per boat for convenience and comfort. Tigerfish are pursued with the traditional artificial lures, live bait and fly’s. Though tigers can be caught all year round, the peak Zambezi tiger ‘season’ (there is no official season) is generally regarded as being from June – October, though some excellent tigers are landed on fly in November.

Today we will begin a 5 day canoe safari down the Zambezi River.

The camping on the overnight canoeing trips is at Kalai River Camp, a mobile camp located 25kms upstream from the Falls on the banks of the Zambezi river. It is not a luxury lodge, but rather a comfortable and rustic bush camp. Backed by a team of staff that set up the site for you and prepare your drinks and food. Kalai River Camp has large walk in tents with camping beds and bedding already made for you. Other amenities include a water basin which is filled with hot water for you each morning, a lantern, bedside table and hand towels. Also for your convenience is a portable toilet and a hot shower!

The second morning is spent canoeing a different section of the river from the previous day. The Zambezi River is incredibly wide and there are numerous vastly different routes to take. In the afternoon the group will once again set off on foot rather than canoe for an afternoon walk.

The last full day is spent canoeing (18kms) downstream, running small grade one and two rapids, exploring channels, bird and game viewing. The Kandahar Rapids are run on this day. A picnic lunch is served on the mainland or an island.

Cold soft drinks, mineral water and beers are served at the take out point at the end of the day.

We will then be transported back to Victoria Falls and check into Flatdog Lodge to and prep for our volunteer project to begin the next day. 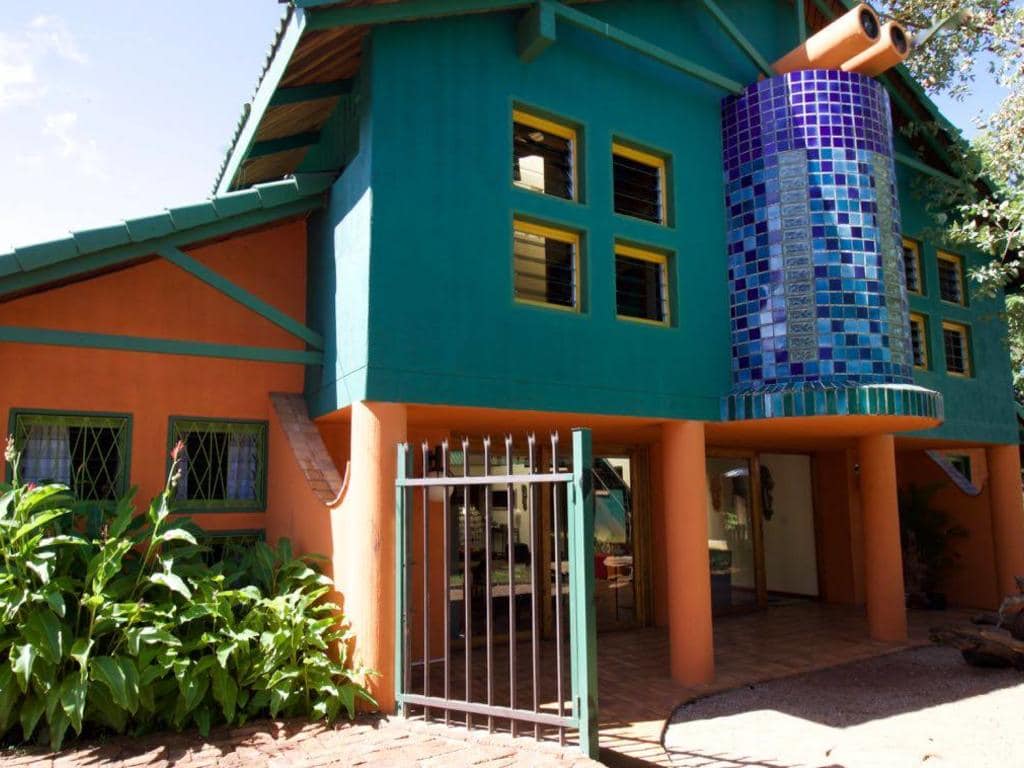 We will again commit today’s time to a Community Service project in the Victoria Falls area.

Arguably the wildest white water in the world, rafting on the Zambezi River is an adrenaline rush not to be missed. The rapids on the Zambezi River are officially defined as “Grade 5” by the British Canoe Union (Grade 6 not being commercially run). Clients should be reasonably fit for this activity, as there is a steep walk into & out of the Batoka Gorge as well as the white water rafting activity itself. The gorge is over 100 meters deep at the Falls and increases to over 200 meters by the end of a full day raft trip. Despite this rugged terrain, the gorges below the Falls are thick with vegetation and incredibly spectacular.

Defy gravity and soar with the birds! Sail through the air and gaze down upon the Zambezi River and its ancient gorges. Experience the ultimate adrenaline rush of the free falling gorge swing and the fun and excitement of the Canopy Tour with its 9 different slides through thick riverine vegetation above the Zambezi River. The Flying Fox lets you fly vertically over the gorge and the Zip Line is enough to raise anyone’s heart rate!

Today we will take a half day tour of the falls and offer the students the opportunity to bungee jump if they are interested.

17 Day Tour through Swaziland and South Africa from coast to coast, ending at the Southern most tip of Africa
This tantalizing tour of South Africa combines motorcycling with culture, adventure and South Africa's most beautiful destinations.
You start in Pretoria where you enjoy a Motorcycle Safari through a BIG 5…

Imbabala Zambezi Safari Lodge is situated on a riverine fringe of the mighty Zambezi River where Zimbabwe, Botswana, Zambia and Namibia converge. Imbabala offers the chance to unwind but also some of the most amazing game viewing and bird watching in the region, in the seclusion of a private National…